“Is Cuba Safe?”; is one of the first things I was asked by friends and family when I told them I was headed there. The second question was, “What are some common scams in Cuba?”

The short answer is yes, Cuba is safe for travelers. As an American, until recently we we were not allowed to visit Cuba, and have been told that it’s not a safe place because of this, that, and the other thing told to us on the news. While petty theft and pickpockets are common, overall the country is very safe.

On a recent trip to Cuba my friend, who is a Cuban citizen, told me that she never worries about the safety of her family. Violence is an uncommon occurrence in Cuba because the penalties are so high for these crimes.

One thing that is common in Cuba are scams upon travelers. Later on in this post I point out 5 common scams in Cuba to help you avoid being taken advantage of.

Like any other country you must be aware of your surroundings and take caution. Not matter where you travel there will always be people that try to take advantage of travelers, where it be through theft or attempts to scams. Here are some tips to keep you safe while traveling in Cuba.

No matter what country you visit this can be an issue. When packing for Cuba make sure you have a purse or backpack that zips completely. For more frequent travelers or those who want extra security get a specific anti-theft travel backpack and anti-theft travel purse that can be secured while you’re on the go so pickpockets will have difficulty getting access to your gear.

Is Cuba Safe? – Leave your valuables at home

Have a really nice engagement ring? How about an expensive purse? Leave those valuables at home.

Petty thieves know how to spot fancy items and could make you target. I never bring anything expensive with me when I travel just in case it gets stolen.

Many people in Cuba do not speak any other language than Spanish. Be a courteous traveler and at least learn some common phrases in Spanish, locals always appreciate the effort.

I recommend either getting a Spanish phrasebook and dictionary and getting a subscription to the language learning app Babbel. I started using it recently and my Spanish has really started to improve!

For more help with Spanish translation check out these other great apps for traveling in Cuba.

Mosquitoes in Cuba carry diseases like Zika and Dengue Fever. Make sure you protect yourself with bug spray. I recommend Sawyer Products Picaridin bug cream. No matter where I’m going, this is the bug repellent I pack. It’s easy to pack and protects against so many different diseases and is DEET free.

Shoes can be hard to come by in Cuba, especially shoes that are in good condition. I’ve been known to attach shoes to the outside of my bag when traveling. In Cuba this is something to be careful with because theft can occur. The same thing goes for at the beach. Make sure someone is keeping an eye on your shoes and belongings, just in case.

Lock your suitcase at the airport

Traveling to and from Cuba (and ANY country) you should have lock your luggage. On a recent trip to Nepal my friend had her down jacket and some other gear taken out of her checked luggage because it was not locked. Luggage locks are really cheap and can save you from having to file a claim with your travel insurance.

Watch your things when going out at night

Petty theft is more common when people go out at night. They become less aware of their surrounds, especially when they’re drinking. Take care of your belongings when going to bars and night clubs.

Pin Is Cuba Safe for Later 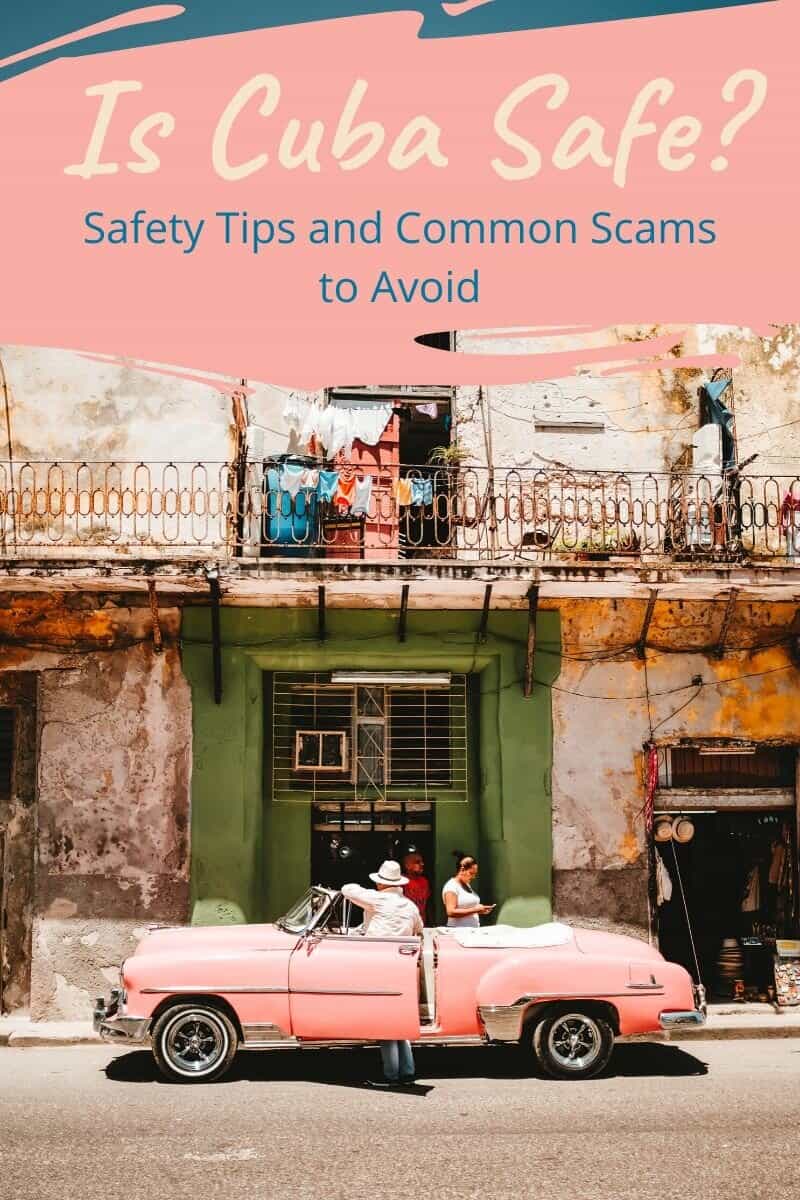 While Cuba is a safe place to visit there will always be people trying to take advantage of visitors to the country. (This is true for every country I’ve ever visited and not unique to Cuba.)

Now that we’ve answered the question, Is Cuba Safe, below I’ve listed 5 of the most common scams in Cuba. Knowing about these scams before you head to Cuba will help you avoid them.

Cigars are a great souvenir to take home from Cuba. However, fake Cuban cigars are pretty common and often made from tobacco product waste making them of very poor quality.

Often times people will approach travelers in the streets offering a great deal on Cuban cigars. These cigars are either fake or stolen and should not be purchased. They will look real because they’ll be wrapped with the logo of an authentic Cuban cigar brand.

Real Cuban cigars can either be purchased from state hotels, state stores, and cigar factories. To support the Cuban people directly purchase cigars directly from a tobacco farm. The Cubans call these Pure Cigars and are made right on the property. The money used to purchase the cigars stays with the locals that rolled them.

Common Scams in Cuba: “Will you buy milk for my baby?”

During my last trip to Cuba I was walking through Parque Cristo headed back to my Casa Particular when I women on a bench approached me and asked if I spoke English. I said yes and she asked, “Will you buy some milk for my baby?” I had heard of this scam from a friend, told her no and walked away.

For those who take pity upon her and try to assist, she will then lead you to a nearby store. At the store you’ll buy some milk and the shop keeper will charge you for the milk. You’ll pay hand it to the women and leave.

When you leave the women heads back into the store gives the milk back and they split the money you just paid. What the shop keeper got you to pay is usually double the amount of what the milk actually costs. They both make some money, and the women heads back to the park do try and do it again.

Read More: Things to expect when traveling in Cuba

Common Scams in Cuba: “I don’t have any change”

As I’ve mentioned in my blog post about Cuban money, tourists us CUCs which come in denominations of 1, 3, 5, 10, 20, 50, and 100.  Oftentimes when exchanging money you’ll receive larger denominations. This sometimes makes it difficult when purchasing things like water or WiFi which usually cost 1 or 2 CUCs.

This is one of the most common scams in Cuba. You’ll go to pay for your water, for example, hand the person selling it a 20 CUC bill and they’ll tell you they don’t have any or enough change. They only have 5s or 10s and they can give you 15 back but not 19 like you’re owed.

If this happens, I usually ask if a nearby shop has change and follow them to the shop or I leave and find water at a different location.

Do your best to use larger bills at restaurants and keep the smaller 1, 3, and 5 CUCs on hand to pay for the bathroom or other purchases that will require small denominations.

During a recent tour I was leading a client went out one more looking to make a purchase in order to get change for a 20 CUC bill. When she came back she has a mix of Cuban Pesos and Cuban Convertible Pesos.

The man she made a purchase from gave her a mix of the two currencies because the conversation rate from Cuban Peso to CUC is 24 to 1. By giving her Cuban Pesos he makes extra cash.

We went back down the street together and after arguing with the man we gave back what she purchased and he gave us the 20 CUC bill back. (Actually he threw it in my face)

15 minutes after we returned the lovely man who owned the Casa Paticular we were staying in came up to us with the product my client had bought from the vendor. In turn he told us he had also confronted the man threatening to turn him into the police for doing what he did.

I wanted to add this to the post because I don’t want you to go to Cuba thinking everyone is trying to scam you.

This is not a scam I’ve personally run into, but I know a few people who have.

This scam happens mostly in touristy areas. People will take bottles that have already been used and fill them with tap water and resell them.

When purchasing bottled water make sure the seal is still intact. If the water you’re drinking doesn’t take right discard it. No one needs intestinal issues while traveling. To avoid this scam buy bottle water from stores or from Casa Paticulars.

Is Cuba Safe to you? Have questions on safety or want to add to the scams you’ve encountered in Cuba? Let me know in the comments.

8 thoughts on “Is Cuba Safe?: Safety and Common Scams in Cuba” 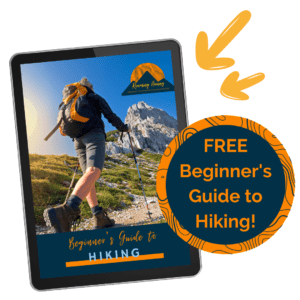 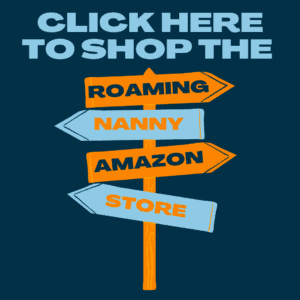 This Post May Contain Sponsored Content And Or/ Affiliate Links. This Is A Way I Make An Income From My Blog I Am A Participant In The Amazon Services LLC Associates Program, An Affiliate Advertising Program Designed To Provide A Means For Sites To Earn Advertising Fees By Advertising And Linking To Amazon.Com.